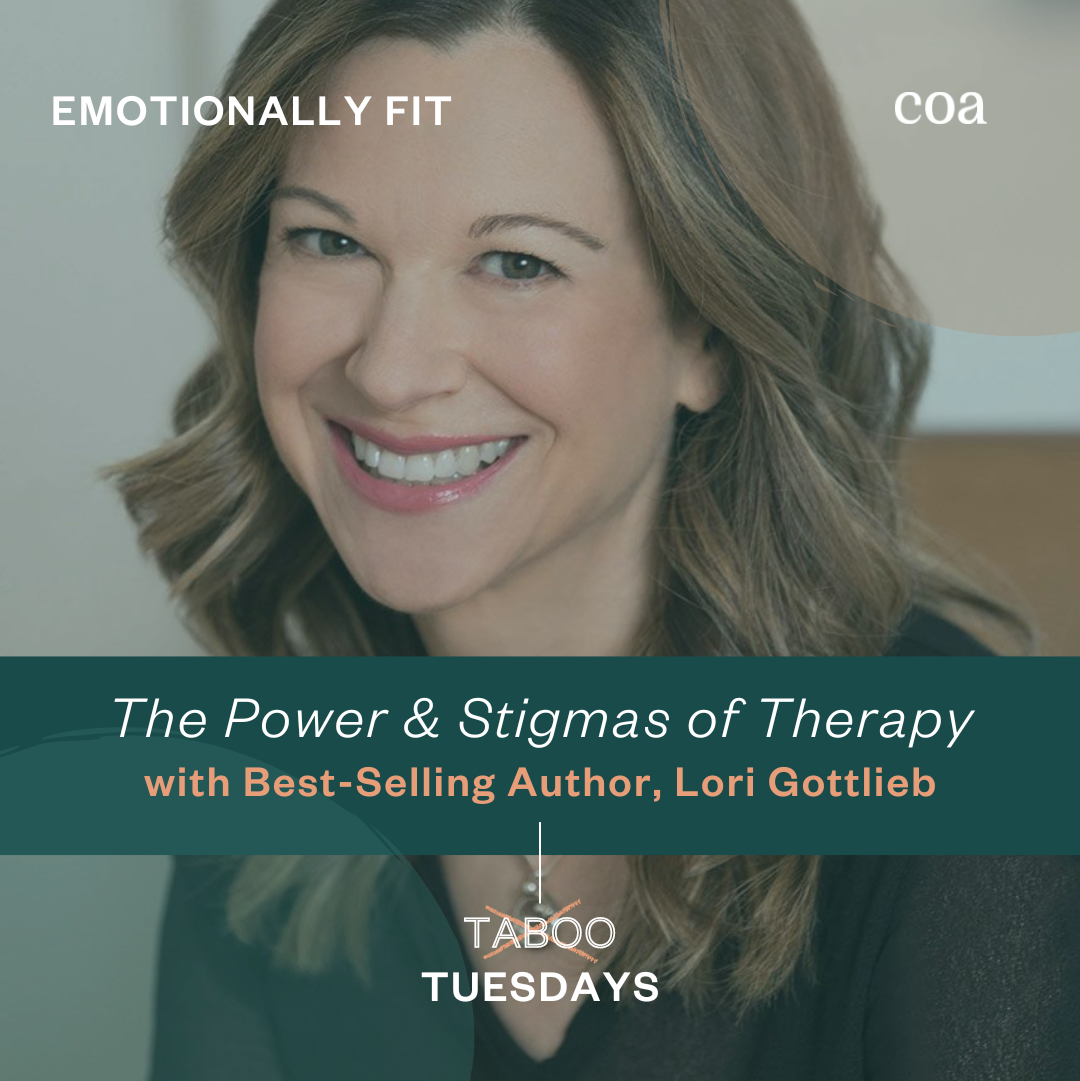 Doctors go to the doctor, yoga teachers take yoga classes, and yes, therapists go to therapy. In this Taboo Tuesday, best-selling author of the book “Maybe you Should Talk To Someone” and psychotherapist Lori Gottlieb joins Dr. Emily to discuss all things therapy, from why people often wait too long to start, why the stigma around therapy is tough to break, even for therapists, and why our friends don’t necessarily make the best substitutes for help and support from a professional. Listen now to find out how to avoid having your own emotional heart attack.

The Opposite of Jealousy with Comedian & Podcast Host, Alexis Gay

Envy and jealousy are natural feelings that we all experience - sometimes we worry deep down that there isn't enough happiness and success to go around. Comedian Alexis Gay joins Dr. Emily in this Emotional Push-up to talk about the concept of compersion, i.e. taking joy in others’ happiness and success. So take a deep breath and come flex this important emotional muscle with us!

Basketball All-Star Kevin Love joins the show to talk about starting therapy after dealing with a very public mental health crisis during the NBA playoffs in 2017. Kevin shares what motivated him to take care of his emotional fitness and sends a shoutout to other athletes who have inspired him. We also explore the stigmas in professional sports and why Kevin believes vulnerability actually creates stronger teams.