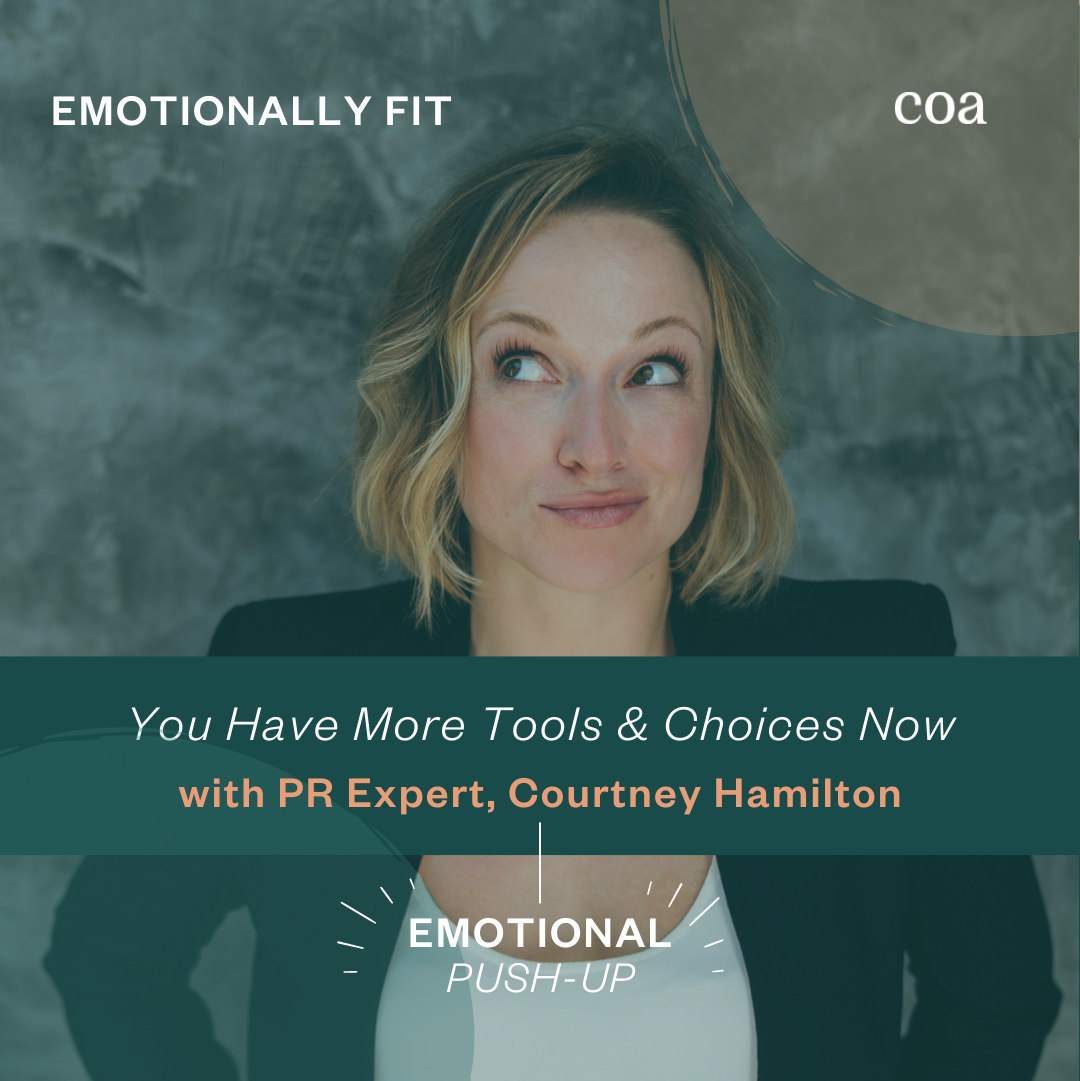 Many of our fears as adults are holdovers from childhood. As a child, you likely had limited choices around what your life looked like (for example, it might not have been possible to remove yourself from an unsafe environment or to find friends who felt like a good fit). The good news is that as adults we have new tools and choices to design our life and to confront our fears.

In this Emotional Push-Up featuring PR expert Courtney Hamilton, we explore how we can put ourselves in healthier situations and face what we’re afraid of head on.

Be a "Yes, And" Person with Class Operations Lead at Coa, Kailey Thompson

When was the last time you really played? In this Emotional Push-Up with Coa Class Operations Lead, Kailey Thompson, Dr. Emily explores the benefits of play and of taking a ‘yes, and’ approach to your work and relationships. Tune in to learn how you can incorporate more play in your life, and hear Dr. Emily and Kailey play one of their very favorite games.

TABOO TUESDAY: The Trouble with Money with CoFounder of Morning Brew, Alex Lieberman

In October 2020, Business Insider bought a majority stake in Morning Brew—a popular business newsletter with over 2.5 million subscribers—for a reported $75 million. At the time, Morning Brew cofounder Alex Lieberman was just a few years out of college. In this Taboo Tuesday, Alex talks to Dr. Emily about his complicated relationship with money and the growing anxiety it caused him following the successful deal with Business Insider.